More ghost books released. Two in this series so far.

Fury’s family leave the city for a six month visit to rural New Zealand. They stay in an old

house belonging to her mother’s family, but who is the ghostly figure in a hidden attic room and why is Fury the only one who can see her? She learns the ghost is the spirit of the original owner who has been trapped in the room for one hundred years.

Fury promises to help the spirit lady to end her earthly existence. Problems arise when Fury delves into the past to find the answers she needs. 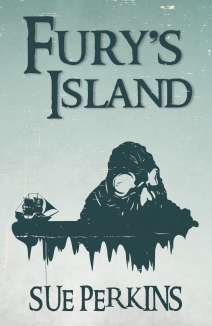 On holiday in Nelson, New Zealand, Fury meets Eion who offers to teach her to paddle board. Immediately attracted to him, she agrees. After basic instruction, he takes her out to Skull Island, a creepy looking rock some distance from the beach. No one has ever discovered a way up to the caves which look like eyes, but Fury finds a secret entrance and convinces Eion they should investigate. Their excitement rises as they discover tunnels and caves hidden beneath the ground, but neither is prepared for the arrival of ghostly pirates bringing their treasure chests to bury in one of the underground caves. 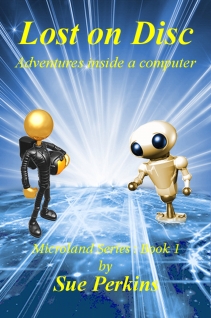 The computer powers down, ejecting a star fighter from his program. Flic offers to help Stargun find his way home, but the task is harder than he thinks. The star fighter’s impatience leads them into all the wrong programs. Flic wants to help, but he’s terrified the Grand Master of the operating system will discover their plight and disintegrate both of them.

Books can be purchased in ebook and print from Amazon, Barnes & Noble (still being published), Apple iBooks and other on line book stores. 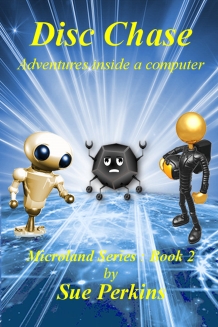 Stargun and Flic reach the portal to the Star Fighters game, but before Stargun can enter they are chased by the Viral Busters. The chase takes them through a variety of games until it seems the Viral Busters are about to catch them. Can they escape or will they be dragged before the Grand Master and disintegrated.

Books can be purchased in ebook and print from Amazon, and soon to be published on Barnes & Noble , Apple iBooks and other on line book stores.

The library is a different world when the doors close for the night. Playful phantoms emerge to tease Fader, the street urchin who sleeps in the warm building. The atmosphere becomes more sinister when the green phantom appears. To stay strong, he steals the spirits of children who enter or are locked in, the library at night. The bodies of his victims disappear. The spirit stealer’s attack on Fader leaves the boy with half a spirit, trapping him in the library forever. Half a century later Amelia joins Fader when she is locked in by mistake. Fader tries to protect her from the spirit stealer but he fails with disastrous consequences. Time moves on and a century after the library opened Tyler tries to rescue those trapped by the spirit stealer. Will his attempt succeed?

Books can be purchased in ebook and print from Amazon, and soon to be published on Barnes & Noble, Apple iBooks and other online bookstores. Also available in paperback from The Copy Press

Jack’s family has a new home, a converted bus depot. The original owners of the depot disappeared and the ghost of their last bus appears to take Jack and his sister on a journey to several different places to solve the mystery. 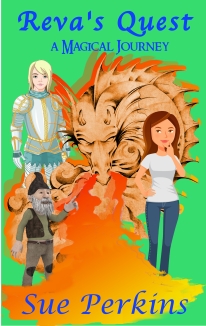 Reva, her garden gnome and three companions travel across the land to save Fey from the evil known as Malice. Only Reva can rid the world of Malice. Their journey brings danger and they might not survive. Malice’s evil has invaded many the beasts of the land who try to stop the quest companions reaching their goal. One of the companions acts strangely, and Reva has to consider the possibility of a traitor in their midst. Books can be purchased in ebook from Amazon, and soon to be published on Barnes & Noble, Apple iBooks and other online bookstores.

Reva’s Quest is free for an unlimited time from all stores and Instafreebie.